The Story of a Baptism, a Magnet, Some Poop, and Karmic Retribution.

Four years ago when Bucket Head was just a baby, we had him baptized at our church one early Saturday afternoon. 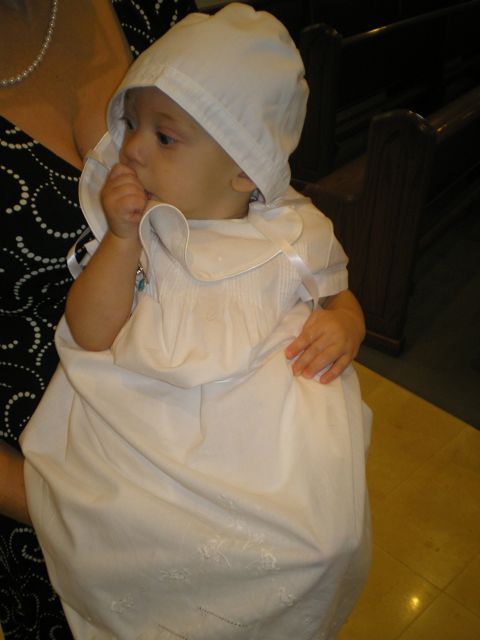 Sadly, that was before I owned a decent camera, so I didn’t take a lot of pictures, and the few I have aren’t great. 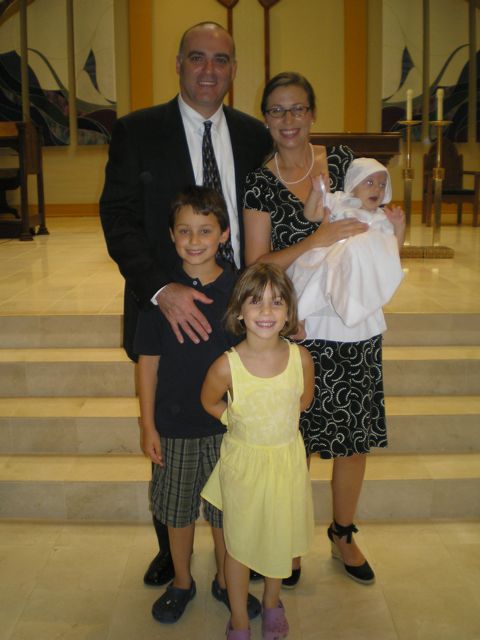 But it was a beautiful sacrament and many of our local family and friends were there to celebrate it with us.

After the baptism, everyone came back to our house for a party. I had a brisket rarin’ to go in the crock pot for barbecue sandwiches and some of my famous vinaigrette cole slaw marinating in the fridge. My sister-in-law Ellen brought her slap-yo-mama-it’s-so-good squash casserole (I think she puts crack cocaine in it, just sayin’). And of course, there was cake. Everything was delicious. 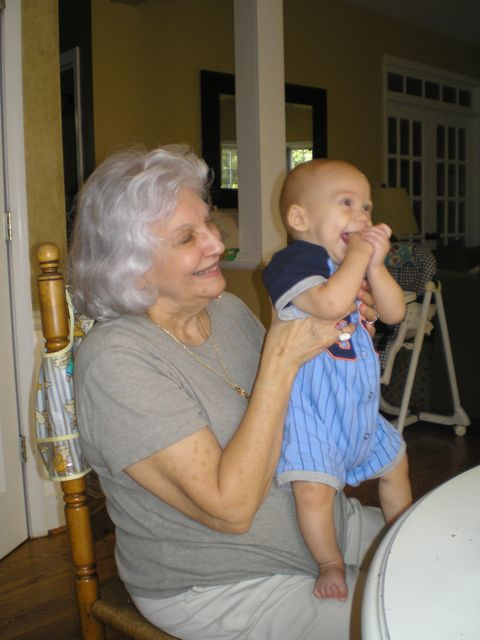 After the meal, the kids were all playing quietly in our basement playroom with their cousins and friends while the adults hung out on the deck, sharing stories and enjoying the fresh air.

Looking back, it was the calm before the storm.

Suddenly, four year old Mini-Me steps out onto the deck, her body sideways and obviously hiding something, and says…

“Anyone want to see a magic trick?”

“Sure!” we all chimed together.

So Mini-Me slowly and dramatically turns her body to face us and points with both hands to her midsection while singing an enthusiastic “TA-DAH!!!”

There, in the middle of her belly, but on the outside of the pretty yellow sundress her Aunt Teresa had just bought for her, was a magnetic rock…”magically” stuck to her dress.

It was one of about 20 such rocks that came in a pretty velvet pouch with an educational instruction sheet about magnets…a Christmas gift from the kids’ Uncle Teddy. I thought it was a great gift at the time: educational, interesting, fun! So much better than the “My First Chainsaw” or pet snake I’m always expecting. It goes without saying, Uncle Teddy is their favorite uncle. 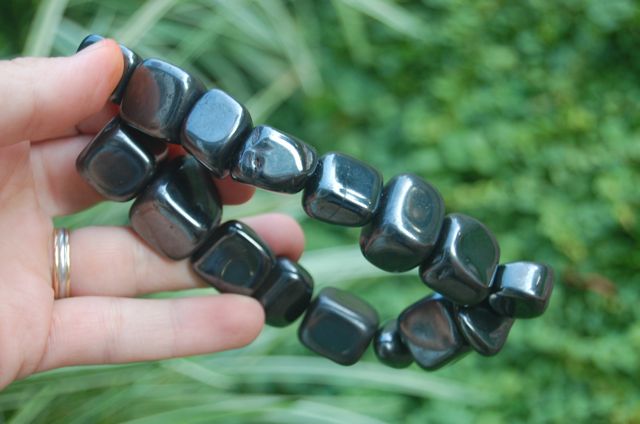 Seeing Mini-Me’s “magically” suspended magnetic rock, we all cheered and said “Bravo!” and “What a cool trick!” and “Aren’t you clever!” as doting relatives are wont to do, probably all (like me) assuming that she had on some kind of belt with a metal clasp under her clothes and that’s how the magnet was sticking to the outside of her thin cotton sundress.

I even said something like, “Don’t tell us how you did it because a good magician NEVER reveals her secrets!” (Wink, wink!)

Being only four, and genetically incapable of keeping a secret, she immediately blurted out “It’s easy! I just swallowed a magnet!”

D’ja ever see a grown woman in a party dress spray a fine mist of wine out of her mouth and nose in a six foot radius? You did if you were on my deck that day. Sorry about the stains, Nina. 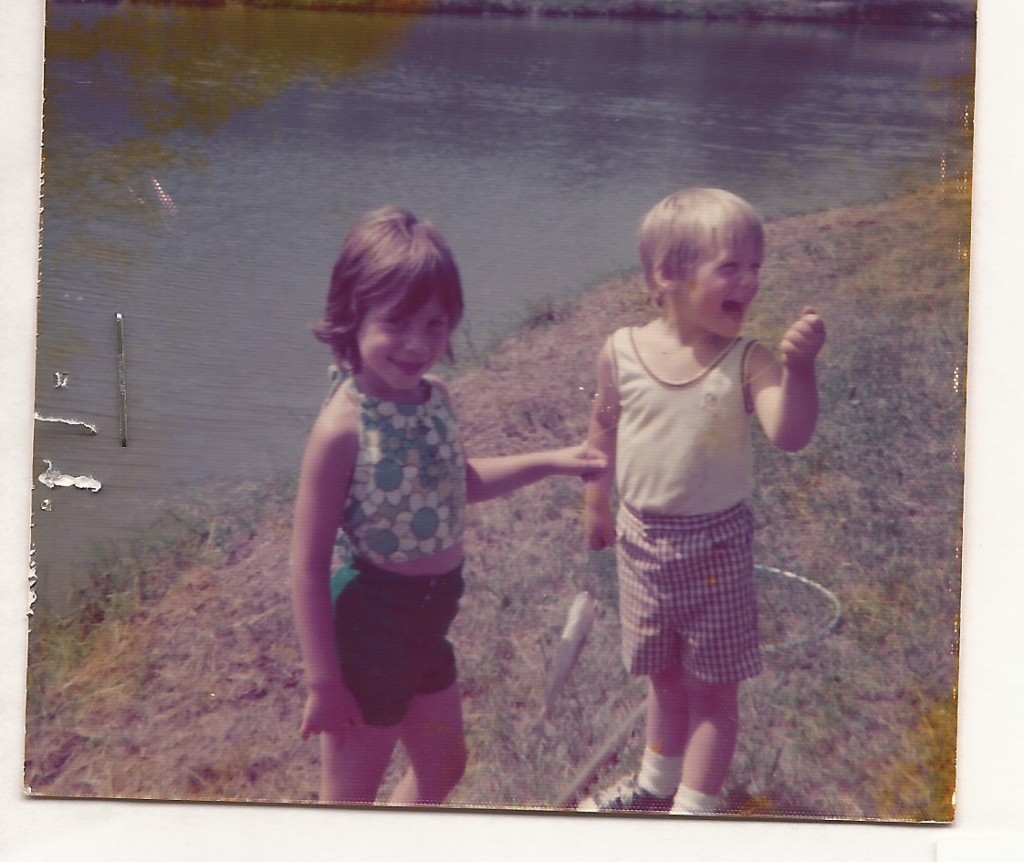 One time, when I was three or four, I did my own little magic trick. It involved a piece of chalk, my toy box positioned upright like magician’s cabinet, my nose, and the phrase: “Now you see it… now you don’t!”  Yeah. That trick didn’t end so well. My dad especially enjoys the part of the story where the attending physician in the ER just so happened to be Mr. Most Likely to Succeed from his graduating high school class who smugly inquired “So, Ron, what are you up to these days?” Ouch. But I digress…

Wiping the wine from my face and chest, I began to question my daughter further: “Honey, tell me the truth… how is that magnet sticking to you?”

“I am telling the truth. I swallowed a magnet.” To prove it, she then plucked the magnetic stone off the front of her dress, lifted the sundress up to reveal her bare belly, placed the magnetic stone on her naked belly button, and let go. It totally stuck there, defying gravity and logic. Hand to God. I wouldn’t have believed it if I hadn’t seen it with my own four eyes.

I raced for the phone and called my pediatrician’s office. It was a Saturday, so I had to leave a message with the answering service and wait for him to call me back. Thankfully he responded immediately.

He was as astounded as we were. “Let me get this straight…there’s a magnet sticking to the outside of her belly? Through her clothes? Because she swallowed a different magnet?WOW! Those are some seriously strong magnets!”

Once he got over the initial shock, the main thing he wanted to know was HOW MANY magnets had she swallowed. Apparently swallowing ONE is fine (as long as she didn’t choke on it). But if she had swallowed more than one, we’d have to get her to an emergency room, STAT. Multiple magnets can cause the stomach and intestines to bunch up and stick together, even perforate internal organs in their magnetic pull to be together.

I may have heard him say “internal bleeding” and then I think I heard the words “potentially fatal if not treated immediately,” but I’m not sure because the sound of my heart beating in my ears was drowning him out.

I asked him to please hold while I put my hand over the receiver and questioned Mini-Me as calmly as I could: “Honey, you’re not in trouble, just tell Mommy the truth. How many of those magnets did you swallow?”

“Yeth.” (She had a really pronounced lisp at the time.)

“Doctor, are you there? She said one. But I don’t know if I should believe her. She’s only four and a bit…um….creative (aka: bitch lies like a rug). Should I take her to the ER?”

I think he told me that she would be in some kind of discomfort or pain if she had swallowed multiple magnets and they were ripping through her intestinal walls. So, no, I didn’t need to go to the ER unless she was in pain. So my next task was to make sure she “passed the magnet” sometime in the next couple of days. If she didn’t, she could have a blockage, and that could be bad.

Great. Not exactly the fantasy you envision when you dream of becoming a parent, is it.

So for the next couple days, I was Mini-Me’s designated bathroom buddy. Every time she pooped, I was there, with rubber gloves, digging for buried treasure.

It was truly, without a doubt, one of the most disgusting things I’ve ever had to do in my entire life. But I did it. Multiple times. If that’s not love, I don’t know what is.

Eventually, she passed the magnet and we all rejoiced. It was about the size of a nickel. I scrubbed it and disinfected it…a lot. 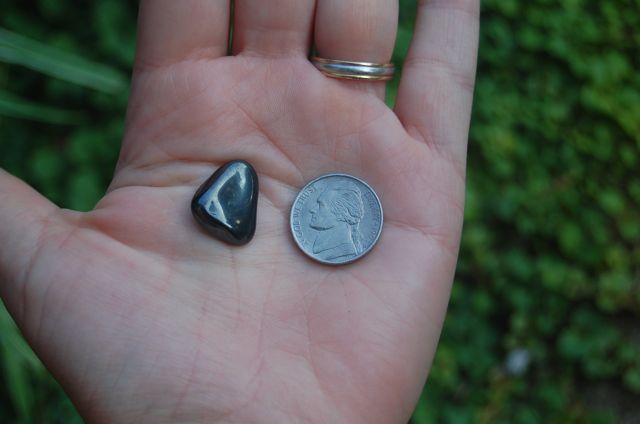 The reclaimed magnet, pictured next to a nickel for perspective.

Then I put it in a special little metal heart-shaped box. And I’ve been saving it in that box ever since. 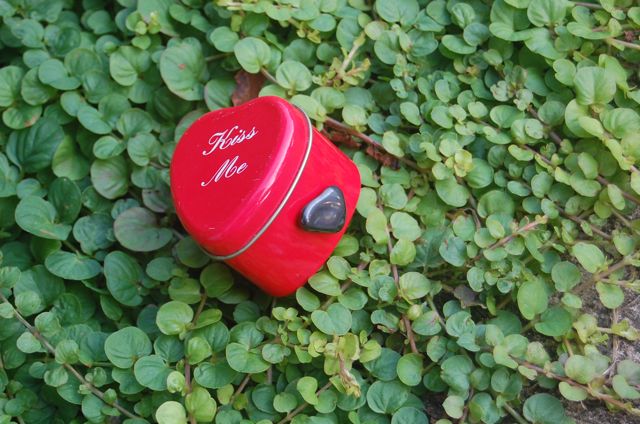 I had always intended that I would have it made into a pendant for Mini-Me one day, with an engraved “This too shall pass,” somewhere on the necklace. In my mind, I pictured giving it to her after her first big break up, or when she loses her first job.

But one week ago, this well traveled little magnet temporarily disappeared from it’s special storage spot and my mother-of-the-year fantasy was shattered (once again).

If you follow me on Twitter, you may already know some of that story. It was a very difficult day around here.

But on a positive note; it’s been said that grandchildren are God’s reward for letting your children live. Thanks, Mom and Dad. I know I wasn’t the easiest kid, but you’ll be glad to know that karma is alive and well here in North Georgia.