And that’s why Speech Pathologists are bad mofos. 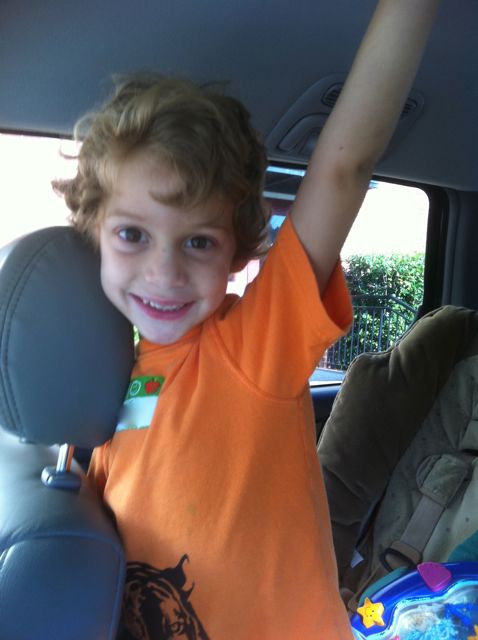 It seems like just yesterday he was referred for a speech screening… the day I accidentally wore two pairs of underpants to church. Ah, good times. And let’s not forgot the IEP last year where I made all those dick jokes. There must be a special place in Heaven for Speech Pathologists who have to work with the children of parents like me.

I’m thrilled that he is going to get the help he needs, but I’m also sad at the thought of losing his adorable little Bucket Headisms. That kid sure does make us giggle (secretly) with his unique way of speaking.

It will be good though when he stops saying things like:

And my personal favorite:

Bucket Head’s Speech Therapist is my new hero. She’s so sweet and positive and patient…with both of us.

And the more I’m exposed to it, the more I’m convinced that you have to be a pretty bad mofo to be a good Speech Pathologist.

Not only do they have to frequently work with unstable parents, but also, they have some of the coolest and most dangerous lingo you’ll hear in an educational setting.

Take my sweet little Bucket Head, for instance. The phonological processes he is in need of help with are:

Cluster Reduction
In Speech Pathology, that’s what you call it when someone reduces the number of sounds in a blend, like saying “ream” instead of “dream” or “wack” instead of “black.” This can be a dangerous speech impairment, particularly if one lives near the ‘hood and/or near overprivileged suburban white kids who speak in an urban dialect for show. For instance, saying “That boy’s shirt is wack,” could be misinterpreted as a dis which could lead to violence.

Personally, I would like to use the term cluster reduction in regards to my extended family life, which can often be one big cluster f*ck, particularly after adult beverages have been consumed. So now you’ll know what I mean when you hear me say “Shoot y’all, we need some cluster reduction up in huuuur,” at the next Beard Family Reunion.

Fronting
To a Speech Pathologist, this means that a sound that is normally made with the middle of the tongue in contact with the palate towards the back of the mouth like /k/ or /g/, is replaced with a consonant produced at the front of the mouth like /t/ or /d/. Bucket Head says “titty” instead of “kitty.” That’s always a real crowd pleaser.

However, in other circles, “fronting” means you are acting like you are more, or you have more than what really exists. As in “Prudence wore those fake Chanel earrings like she was made of money, but that bitch was straight up fronting.”

If you are a Speech Pathologist in an urban area and you tell a parent that their child is “fronting,” you better be prepared for a response like this:

In Speech Pathology, “gliding” means someone replaces the “liquid” consonants /l/ and /r/ with /w/ or ‘y’. So when Bucket Head says “I yuv yickin’ yemons, Mommy,” he is gliding his liquid consonants.

However, according to the Urban Dictionary, “gliding” is short for “glidin’ dirty,” an unhygienic form of “homie gliding,” which is defined as a sexual act between two male heterosexual friends, usually involving alcohol, lubrication, and too much free time.

Thus, I would strongly encourage Speech Pathologists in urban settings to avoid using the term “gliding” at all. Mmmmkay?

Just something to thing about.

Now go hug a Speech Pathologist! They deserve it!

Signing off, without a lisp, thanks to MY speech therapist many moons ago,

And that’s why Speech Pathologists are bad mofos 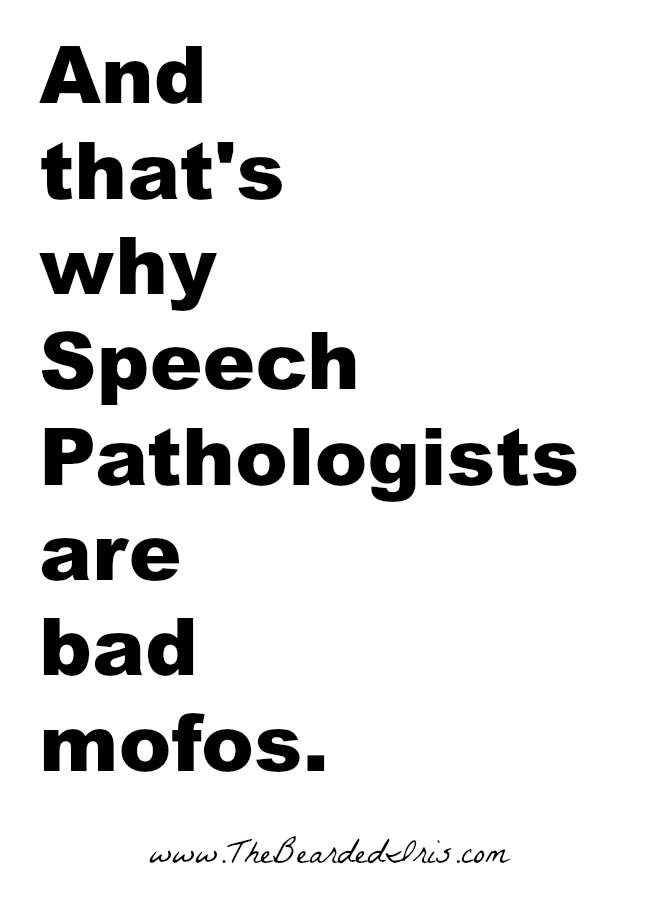