Mary, your baby is 42 pounds. And he’s giggling.

Last night was the Live Nativity at our church. We participate in it as a family every year and it is always the highlight of our holiday season.

In a nutshell, we set up 8 outdoor scenes depicting Mary and Joseph’s journey to the manger and we guide groups of visitors through the scenes, singing Christmas carols and telling the story as we go. All the actors are children and we bring in live animals for most of the scenes. It’s epic, and I don’t use that word lightly.

I wrote about our first experience with it a few years ago. Frankly, I’m surprised we ever went back for more after Mini-Me’s traumatic accident during practice and then the whole donkey poop issue.

But the kids love doing it, so we sign up again every year.

For our first three years, Mini-Me played an angel. It was not a speaking role. All she had to do was look cute and sing. Piece of cake. 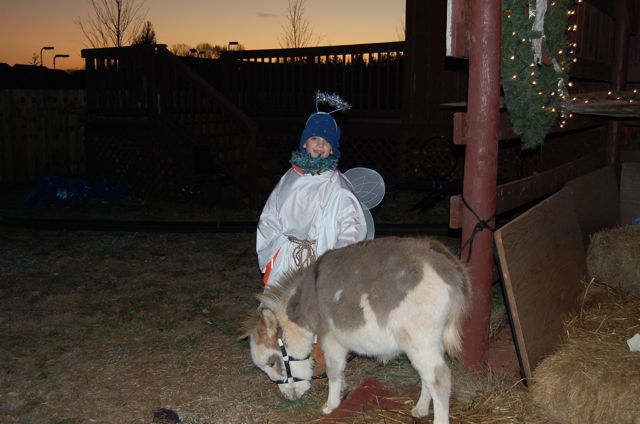 Mini-Me and Donkey our first year in the Live Nativity, 2008. She was 6 years old.

We had so much fun, Mini-Me’s big brother Nature Boy decided to join the cast as a shepherd the following year (2009). 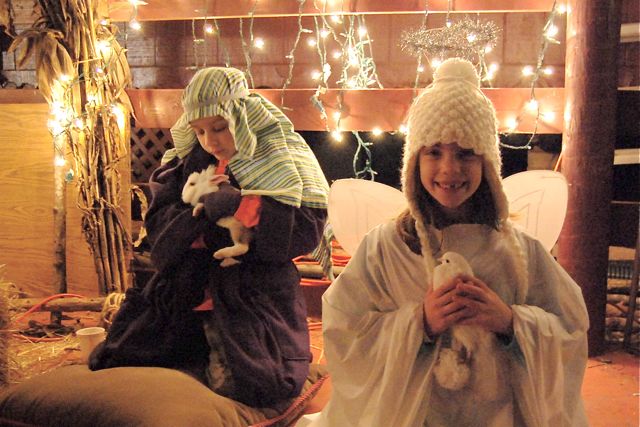 The last two years, he has wanted to be a Magi with his BFF. They have an alpaca in their scene. They love the alpaca. 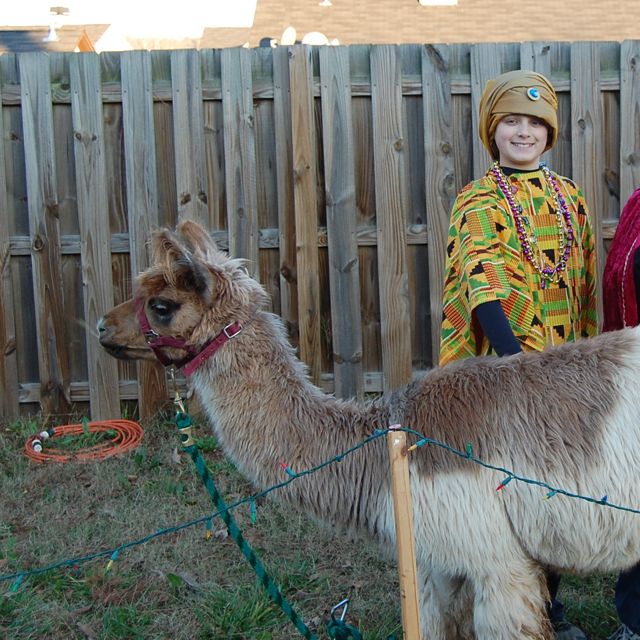 I’m always a shepherd. It’s the only day of the year the neighbors aren’t wondering why I’m outside in my bathrobe with a curtain on my head. 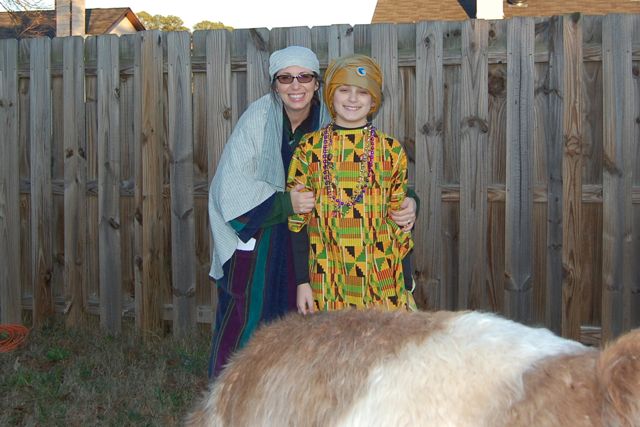 This year, Mini-Me decided she wanted to be THE Virgin Mary in the climactic final scene… 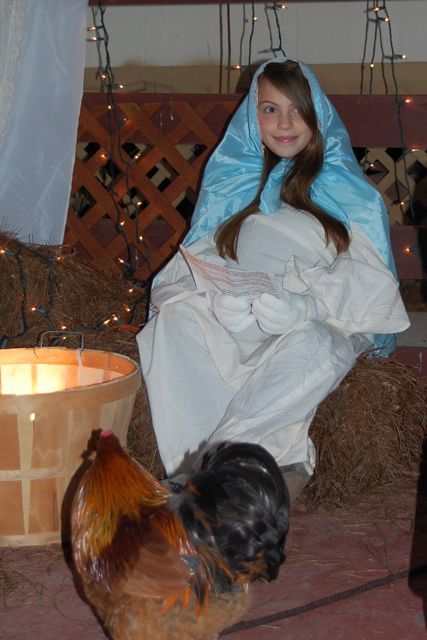 Why yes, that IS a rooster on a leash.

…the super-pregnant Virgin Mary who has just lined a manger with fresh hay so she has a place to put the newborn baby Messiah she’s expecting any minute.

I was fine with that. She’s got a dramatic flair, as you know.

But I didn’t realize the exact depth of her storytelling skills until I overheard a conversation she was having with her little brother, Bucket Head.

“Now you hide under my gown and when I give you the signal, you POP out and cry like a newborn baby. Okay?”

“Should I be naked?” 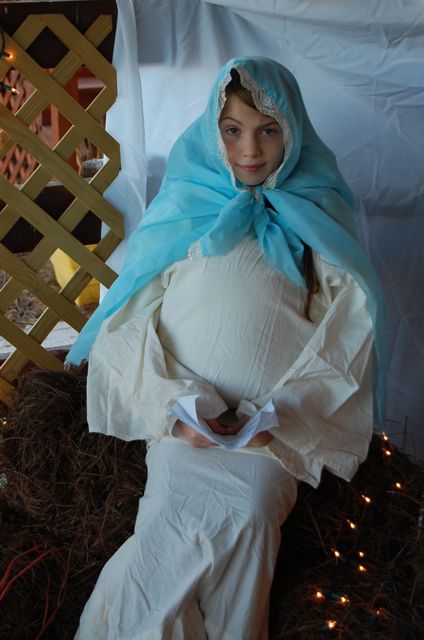 Naturally, I put the kibosh on it when they went to get the ketchup.

“Guys, stick to the script please. Mary doesn’t actually give birth during the show, sorry to disappoint you. Jesus isn’t born until Christmas day,” I scolded (trying not to laugh).

I was also more than a little nervous about Mini-Me thinking it would be glamorous to be an unwed pregnant teen someday so I made sure to drop a few phrases like “ring of fire” and “incontinence” when she asked me if wearing a pillow is what it feels like to be pregnant.

“Aw Mom. We’re just kidding. But that would be a funny Christmas card for next year, wouldn’t it?” Mini-Me suggested.

(Cue the shock and awe.)

So I got my Christmas miracle early this year: the Live Nativity went off without a single hitch. Everyone had a blast and rocked their parts. And yes, they all stuck to the script. (Just to be on the safe side, we sent Bucket Head to his Nonni’s house for the majority of the show.)

Merry Christmas to all, and to all a goodnight.