Moms who text and drive make me want to junk punch a kitten.

So I’m sitting in my car, in the turning lane, patiently waiting to turn left into my son’s school parking lot. 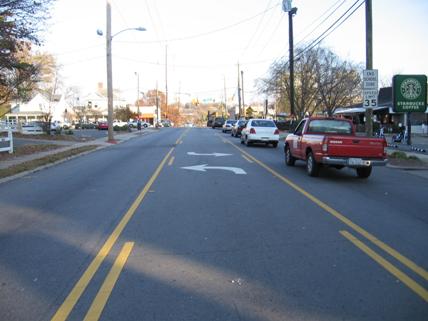 not the actual street...just an example for yinz visual people

My blinker is on.

There are cars slowly pulling up behind me also waiting to turn left.

Two long lines of traffic are passing me on both sides…I estimate at about 45 mph, and only that slow because we are in a school zone. (Good ol’ Georgia!)

It is 8:25 AM. Everyone is in such a hurry to get where they’re going.

I’m growing impatient. The traffic is heavier than usual today.

Hurry. Up. People! I mutter under my breath.

And that is when I notice the front of a mammoth white SUV, slowly drifting across the yellow line, and heading right toward the front of my car.

The woman driving doesn’t see me waiting there in the turning lane.

She is looking at her phone.

(The following picture is a dramatic reenactment of what I saw in her car. Obviously I wasn’t taking pictures…I was driving. Duh.) 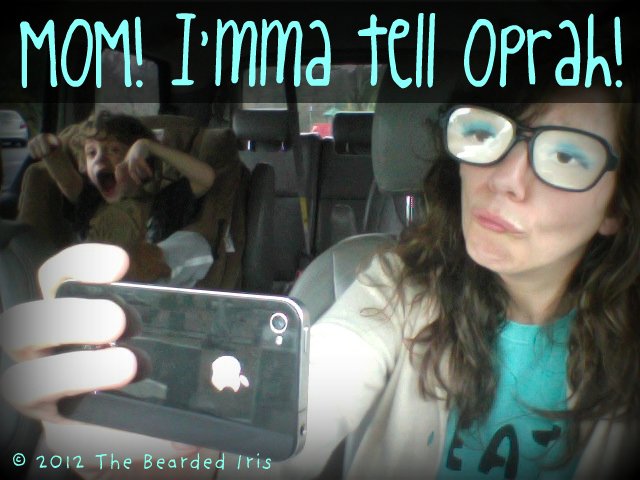 I slam on my horn and shout “OH MY GOD – hang on honey,” to my 4 year old son who is strapped into his car seat in the back.

The texting driver, who looks about my age (40s), is clearly startled and swerves away from the front of my car just in the nick of time.

I am shaking as I pull into the parking lot and park my car.

Look, I get it. I have my iPhone on my person or within arm’s reach at ALL TIMES. It is nothing short of an addiction.

Frankly, I’m not coordinated enough to even attempt to text, tweet, or read email while I drive; although I confess, I have done it while stopped at red lights* and in the car pool line.

But that ends today.

If I had been looking at my phone while I was waiting for that long line of traffic to pass, I would not have noticed that texting woman drifting into my lane. I would not have been able to honk and wake her out of her stupor. My son and I would have been hit head-on and could be severely injured or even dead today.

Hey, I’m not ready to die or lose my family, particularly from something as incredibly selfish and stupid as texting while driving.

So I’m writing this today to ask you and your friends to be more careful, for my sake.

Kidding. Kind of. Not really.

Seriously. Quit trying to multitask! I could throttle the Gordon Gekko-type who created that buzzword and made people feel like if we aren’t doing multiple things at once we are wasting time.

I am a huge fan of UNITASKING, especially when I’m shaving, engaging in hand-to-hand combat, or driving.

But in today’s fast-paced society, we’re at a disadvantage if we aren’t accessible and in the loop all. the. time. It’s a double edged sword.

I see TV ads, billboards, and bumper stickers all the time that warn us about the dangers of texting and driving, but they all seem to be aimed at teenagers. I say this because I’m not sure most of the adults in my life could decipher “Dnt txt n drv”. 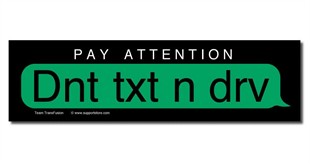 Grownups in the hizzy, admit it…you have no idea what most abbreviations mean these days. 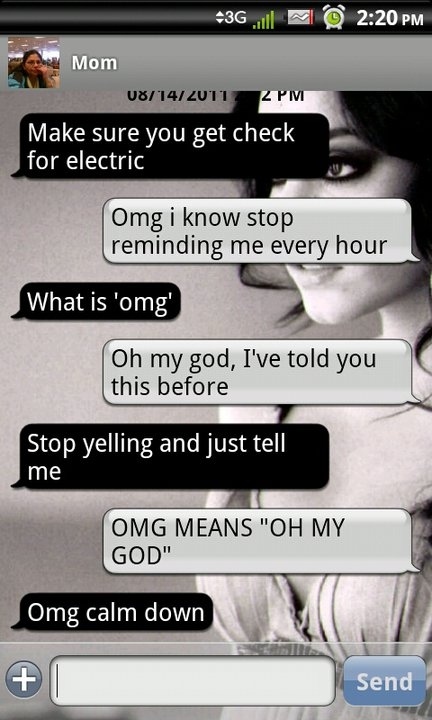 Come on. You know I’m right. I had to ask my kid what FTW meant the other day because I thought “Fuck the World!” seemed a little extreme in a Facebook conversation titled #ReplaceFilmTitlesWithVagina. (It means “For the Win!” btw (by the way).)

Don’t get me wrong, I think it is great that teens are being taught about the dangers of texting while driving the same way we were scared about drinking and driving. But the thing is, in all the driving I do, I see so many more adults than teens texting while they drive.

How can we get adults on board with this?

Obviously, if the honorable Mz. Oprah can’t eradicate texting while driving from the world, maybe it can’t be done. But what if we all took a pledge to make our cars a no-phone-zone?

What? It’s been done? DAMN IT.

Well then, let’s just keep talking about it, and educating ourselves, and being good role models for others.

Are you a numbers person? There are plenty of statistics out there in support of making your car a no-phone-zone. But some of the most convincing ones I’ve seen are these:

Oh, and by the by, texting while driving and/or distracted driving is just flat out ILLEGAL in a vast majority of states. And that includes texting while at a red light or waiting to turn. Not sure if it’s illegal in your state? Click here for a current handy dandy chart (current as of February 2012).

And if that’s not enough of a motivator, how about the knowledge that there are entire clothing lines and websites out there dedicated to making fun of parents’ texts. (Go there. So funny!) 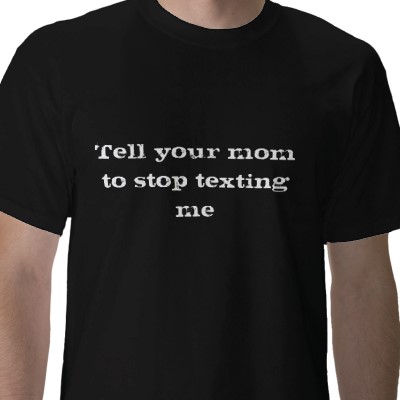 When you are driving, just DRIVE. Don’t text. Don’t read. Don’t play Words with Friends. Don’t put on your frickin’ makeup. Don’t clean your firearm. Don’t froth your steamed skim milk. JUST DRIVE. The life you save could be your own, and/or mine.

sincerely yours, and not currently behind the wheel of a car,

*Obviously that was before I knew that I was breaking the law! Now I know, and my phone stays zipped inside my purse while I drive.