The royal birth vs. my first birth

Hear ye, hear ye! The Duke and Duchess of Cambridge welcomed their first child, a son, on Monday afternoon in London! 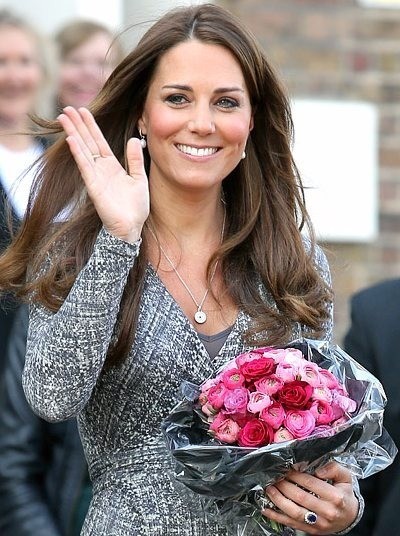 Like so many others, I was absolutely glued to the TV and Twitter earlier this week anxiously awaiting the exciting news of the new little royal heir. And clearly, I wasn’t alone. Based on the news coverage, you would think this was the first baby ever born in the history of the world.

Can you blame us, soaking up the media drippings like thirsty sponges. This is no ordinary birth story. This is a real life fairy tale.

But actually, even though lovely Duchess Kate has just given birth with the utmost of pomp and circumstance to a child who is third in line for the British throne, her birthing experience was remarkably similar to mine.

For instance: we both had boys.

Both of our boys were born in hospitals, in the late afternoon.

We both had matriarchal grandmothers with questionable taste in hats eagerly awaiting the news.

We both had doting husbands by our sides. Although, in my case, my husband was actually lying by my side because he had thrown out his back playing 36 holes of golf with his buddies just weeks before my due date and was in too much pain to stand up for very long. (Motherfucker.)

We both pushed our little princes out of our royal vajewelry boxes and earned souvenir peri bottles and ice-pack-filled stretchy mesh undies.

Both of our sons have official titles. Kate’s son shall be called “His Royal Highness Prince of Cambridge;” my son was dubbed “Sir Cone Head of the Epidurally Paralyzed and Sluggishly Low Muscle Toned Birth Canal.”

We both had easels displayed shortly after our births to share critical information with the public. Kate’s was placed on the sidewalk and announced that she “was safely delivered of a son;” mine was placed outside of my hospital room and announced “WARNING: Extreme Post-Partum Sensory Disorder! Take extra precautions and avoid all physical contact. Patient requests that hospital staff remove all traces of perfume, scented body lotions, and hummus breath before entering.”

Both Kate and I enjoyed a celebratory 41-gun salute. Kate’s was performed by the King’s Troop Royal Horse Artillery in Green Park; mine was performed by my flatulent father-in-law’s pants every time he bent down to admire his newest grandchild.

And lastly, we both had a uniformed man outside shouting after the birth. Kate’s was a royalist dressed as the town crier. Mine was a hospital custodian shouting, “WE’RE GOING TO NEED HAZMAT SUITS AND EXTRA BLEACH…APPARENTLY SHE ATE SAUSAGE AND PEPPERS YESTERDAY.”

The royal birth vs. my first birth

Originally published In the Powder Room.