The thing about siblings…

This is the first year all three of my kids have extra-curricular activities and life seems to have gotten a bit more unmanageable all of a sudden. 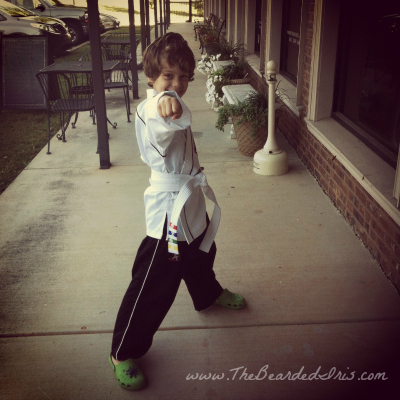 Tell you what though, as much as I sometimes envy my friends with only one child, there really is something special about the life-lessons and social skills kids with siblings  get to experience.

Recently we had a very interesting situation dropped in our laps.

Bucket Head was selected as his classroom’s Principal Pal for the month.

I cannot begin to tell you how bittersweet this is for me.

It’s no secret that I once harbored an absolute obsession with this seemingly unattainable award. Yes, three years ago, when my oldest son Vince FINALLY got his first (and only) Principal Pal award as a 5th grader, I *may* have excessively celebrated the long-overdue event by wearing his commemorative bag tag as a necklace.

“Who is Mommy’s yittle Principal Pal?”

Just my luck, that was the ONE year they stopped giving out the car magnets and switched to the bag tags instead. (DAMMIT!)

“Finally, one of my kids is a PRINCIPAL PAL! They don’t give out magnets anymore, so this will have to do.”

In my defense, pretty much everyone in my neighborhood has at least one Principal Pal magnet on their car. Living without one all these years, I may as well have the word “LOSER” tattooed on my neck.

(Side note: one of my kids went through a biting phase in preschool. I have often dreamed of creating a bumper sticker that says “My child bit your Principal Pal.”)

So, when Bucket Head’s teacher informed me a few weeks ago that he had been selected (and as a 1st grader, no less!), my initial reaction was sheer pride, followed by exuberant hope that maybe they are bringing the magnets back, and then ending with dread…

…dread, because Bucket Head’s big sister Mini-Me (a 5th grader) has never once won this award, and possibly never will.

How can I put this?

Mini-Me is not your typical Principal Pal material.

Don’t get me wrong—she’s a great kid.

But elementary school exemplar? Apparently not, except in the area of attendance. (Did you know this child has not missed a single day of school since Kindergarten? True story.)

Her teachers have always said they love how creative, intelligent, and enthusiastic she is. She’s in the gifted program, she goes above and beyond on all her work, she’s on the Science Olympiad team, she sings like an angel, she’s a loyal friend. 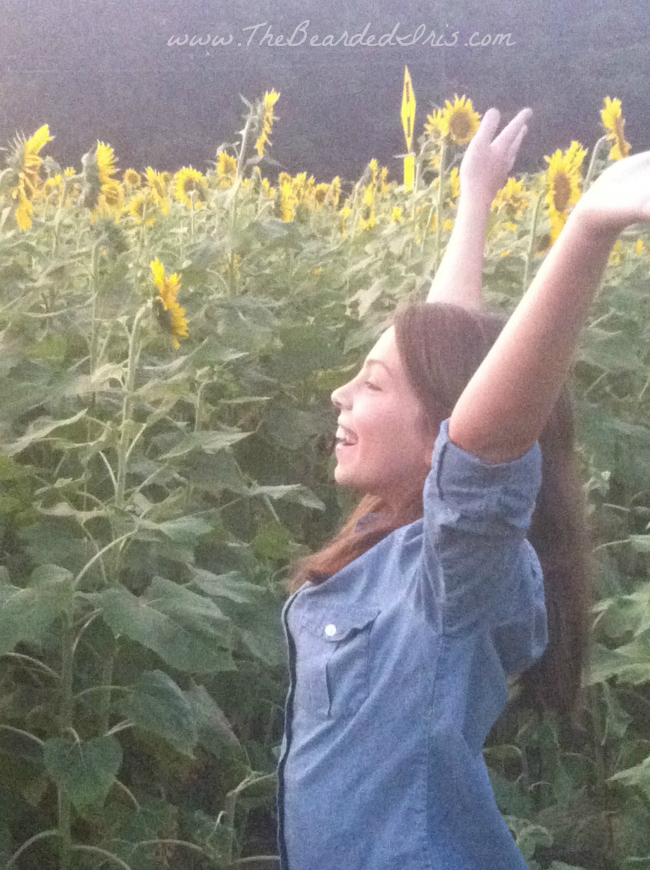 Truly, she’s an absolutely remarkable kid and I wouldn’t change a thing about her.

But for some reason, none of her teachers so far have appreciated her strengths enough to publicly acknowledge her with a Principal Pal award.

And when you’re 10-years-old and it feels like you are the only girl you know who has never been chosen as a Principal Pal, and both of your brothers have won this award, you start to wonder: “What is wrong with me? Why don’t teachers like me?”

It can break a mother’s heart, let me tell you.

And I’m sure my over-the-top reaction when her big brother Vince finally got a Principal Pal award only added to the pressure she must feel. (Oy. The guilt.)

Now Bucket Head, on the other hand—that boy is a world-class people pleaser. He likes to organize things. Following directions is his jam. He’s the kid who makes a big production about pushing other kids’ chairs in and cleaning up other kids’ messes. He’s cute. He’s polite. He’s helpful. Teachers want to eat him up with a spoon.

But truth be told, he’s a little bit of an Eddie Haskell. It’s a good thing he’s taking Taekwondo because sooner than later, other kids are going to want to beat the shit out of him for being such a suck-up.

Naturally, I was a bit worried about Bucket Head telling his big sister about his award. I thought it would crush her. I also thought he might use this as an opportunity to make her feel bad. As the baby of the family, he doesn’t often get to be “the best” at anything so he can be a bit of a bragger.

I can’t believe I’m about to tell you this—but I emailed Bucket Head’s teacher to ask her if she had already told him or not. I was actually going to ask her to pick another kid instead.

What kind of a mother would do such a thing?

Look, I realize this is no Sophie’s Choice situation here. But relatively speaking, this was a pickle.

And let’s be real, Bucket Head is the kind of kid who could get picked for this award every single year. This year is Mini-Me’s last shot.

It was too late though. His teacher said he already knew.

We were driving on our way to his Taekwondo class later that day when he broke the news.

I held my breath and nervously tried to keep my eyes on the road and on her through my rear view mirror at the same time.

This could be bad.

But without skipping a beat, she squealed with genuine pride and excitement for him, “Really?! Oh my gosh! That is AWESOME! I’m so happy for you!!!”

And he DIDN’T brag about it, or rub it in, or say anything untoward or obnoxious.

I guess I shouldn’t have been so surprised. They can fight like cats and dogs at times, but there’s no question how much they truly love each other. 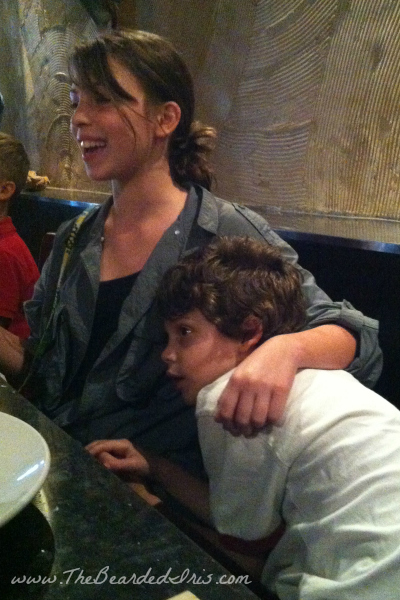 I was disappointed with myself for underestimating each of them, and so proud of them both for handling such a potentially tricky situation with such grace and compassion.

“I hope I win it sometime before the end of 5th grade,” she dreamed aloud. “It would be a miracle!”

“That would be nice,” I agreed. “But if you don’t, that’s okay too. It will just make your biography all the more interesting someday. ‘President Marinelli was consistently overlooked for the Principal Pal award.’”

That made her smile.

Then I reminded her of the time I lost the high school election for senior class president, “And I turned out okay!…SQUIRREL!” I joked, with a dramatic eye-twitch for effect.

At the award ceremony later that week, I watched her wave at her brother and friends up on the stage, give them the thumbs up and mouth, “Good job!” She was such a good sport. I could not have been more proud of her. 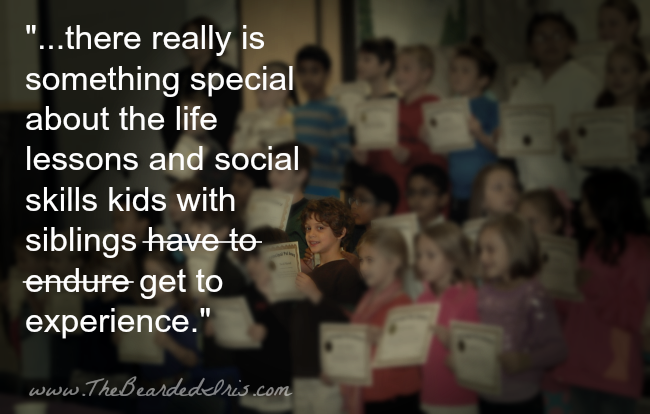 But as tickled as she is for her brother, I can tell that this is eating at her. And as her mother, it’s been pretty difficult to walk the line between being happy for Bucket Head and being sensitive to Mini-Me’s fragile self-esteem.

How ironic, I finally got my car magnet, but now I don’t really want to put it on my car.

When I shared the story with my mom, she encouraged me to call the principal or my daughter’s teacher, “Maybe they don’t have a system for knowing who has and hasn’t won it over the years. You should call.”

“No mom. She has to win it on her own, or it won’t mean anything. That’s what’s wrong with kids today–too much parental over-involvement. She’ll be fine. And if she never wins, it will build character.”

“Suit yourself. But it wouldn’t hurt to at least let the teacher know.”

And that was that.

Will Mini-Me ever be a Principal Pal? Will I listen to my mother for once and intervene somehow? Will Bucket Head continue to be a good sport about his award? Stay tuned for the surprise twist ending to the riveting Parable of The Principal Pal Predicament. (Coming soon!) 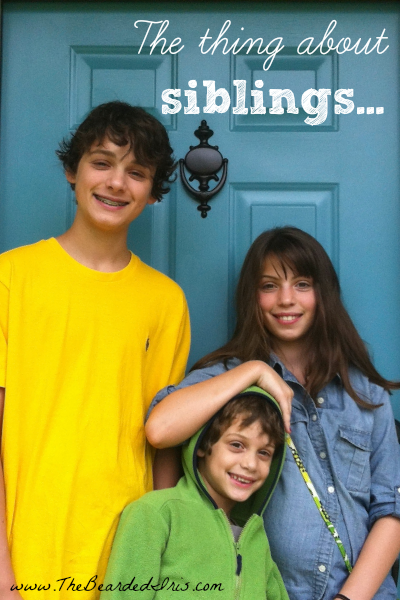