The Parable of the Principal Pal Predicament – Part 2

When we last left our heroine…

Wait. I’m sorry, I just despise that word. I can never remember if it’s heroin or heroine and then I get nervous that people will think I’m leaving my smack lying around all willy nilly.

(Quick Google check and heroine-with-an-e it is. I know—I’ll create a pneumonic device to help me remember: the e is for extra excellent feeeeemale hero. Got it. Oh wait, is it pneumonic or mnemonic? Shit. And you wonder why I don’t write more often.)

Heroine. With an e. That would be me. Hiya!

If you’re just joining us, please read my last post, The thing about siblings… to catch up. It’s about how two of my three children had been awarded the highly-coveted (by me) Principal Pal Award and how we were all dealing with it. Or, long story short: birth control. Kidding! I kid.

So why am I the heroine in this story? Because heroes usually struggle with some kind of epic battle, internal or otherwise, before they triumph over evil, as it were.

In this instance, the battle was whether or not I should say something to my child’s teacher to tip the scales and help her win a Principal Pal Award.

My gut told me to keep my trap shut.

You know those internal tapes we all have running through our brains reminding us of all our shortcomings? When my inner voice isn’t making fun of my bingo wings, she likes to remind me of all the times I’ve intervened and made everything worse.

Like that time I was driving home from a party in high school and noticed my best friend’s cat on the side of the road… dead. I should have just kept driving. Instead, wanting to do the right thing, I pulled over, wrapped the dead cat in a blanket, put her in my trunk, and drove to my best friend’s house. Nobody in her family believed that I just found her like that. They all thought I had run her over. Good times.

Or how about the time I attempted to gallantly defend a friend’s sweet little 82-year-old mother one Christmas Eve when one of her drunk and belligerent adult grandchildren was verbally harassing her? Not good. The granddrunk stormed off, everyone panicked, and I was basically told to mind my own business by the entire family. Check please.

And let’s not even speak of the infamous Kappa Alpha Theta incident of 1992. 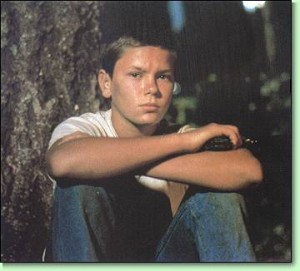 Or that time I tried to break up a fight in a McDonald’s and got stabbed. Oh wait, that wasn’t me. That was Chris Chambers in Stand By Me. RIP, Chris. You were a good kid.

Regardless, I have this firmly established notion that when I speak up or butt my big nose in where it doesn’t belong, bad things happen.

It’s one thing to mar my own relationships with my big mouth, like I do every day on Facebook, for example. It’s another to negatively interfere with my children’s lives. I know better.

So when we last left our heroinE, I had pretty much decided that my kid was on her own. There were six months left in the school year. That would be six more chances at winning a Principal Pal Award. If she did it on her own, great. If she didn’t get it, it would build character. Win-win, I thought.

Until my mom suggested I call the school, “Maybe they don’t realize she’s never won. Maybe if they knew that, they’d try harder to look for the good in her.”

Now we had a problem.

Because in addition to my long history of being a big Buttinski and making everything I interfere with turn to crap, I have an equally long history of ignoring my mother’s sage advice, and then regretting it. Always.

My mother may be the world’s WORST scrapbooker, and physically incapable of correctly pronouncing most words, but it just so happens she was right about everything else in my life from that-no-good-Frankie-Cappelletti, to my college major, to my questionable taste in permanent body art… 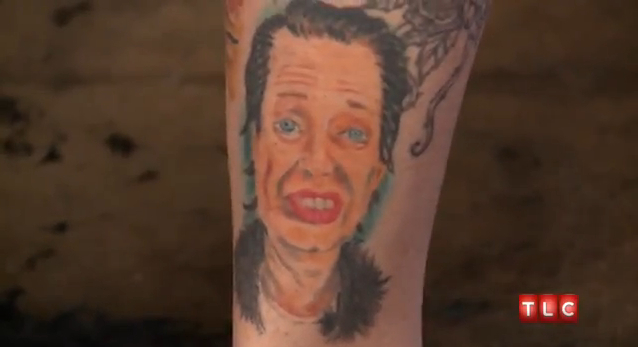 It’s only taken me 43 years to figure it out, but “Mother’s always right” is a cliché FOR A REASON.

So instead of following my gut—for once—I listened to my mother.

Shortly after Bucket Head won his award, I stopped by Mini-Me’s classroom after school to say hello to her teacher and check on how things were going with my daughter (and of course to casually mention the Principal Pal situation per my mother’s advice. Der.)

We had a great conversation. Turns out she has three kids just like me, and her middle child has some of the same characteristics as my middle child. That’s when I told her what was going on at home and that my daughter was struggling with her self-esteem and wondering why she has never been chosen as a Principal Pal.

Her teacher was SHOCKED she had never won it. SHOCKED, I say.

The next words out of her mouth were, “But she’s such a great kid! I can’t believe she’s never gotten it! She has really shown so much improvement since the beginning of the year. I’m so glad you told me this.” Followed by, “You should give this feedback to the Principal. There is no way for us to know who has and hasn’t won it before and if we knew there were kids like your daughter who have never won it, we could make more informed decisions.”

My mom was right. As usual.

And guess who was named her class’s Principal Pal for November? 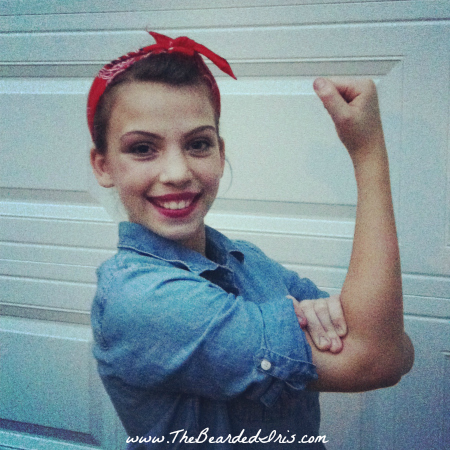 She was so happy, she cried great big tears of relief and pride and belonging.

And Bucket Head’s response? “Is that your first time? As a 5th grader?!” The little shit. Oh well. Can’t win ’em all.

Maybe she would have gotten it on her own sometime this year without my intervention, but then again, what if she hadn’t? Would she have always thought of herself as a loser? As someone whom teachers don’t like? This was not a gamble I was willing to make.

So I think maybe it’s time I retired my internal “Shut Your Trap” advisor and started advocating for my kids more often, when appropriate of course. I’m not saying I plan to do their college applications or anything; I’m just saying don’t be surprised if Steve Buscemi and I show up at school a little more often from now on.

Thanks Mom. For everything. I love you.