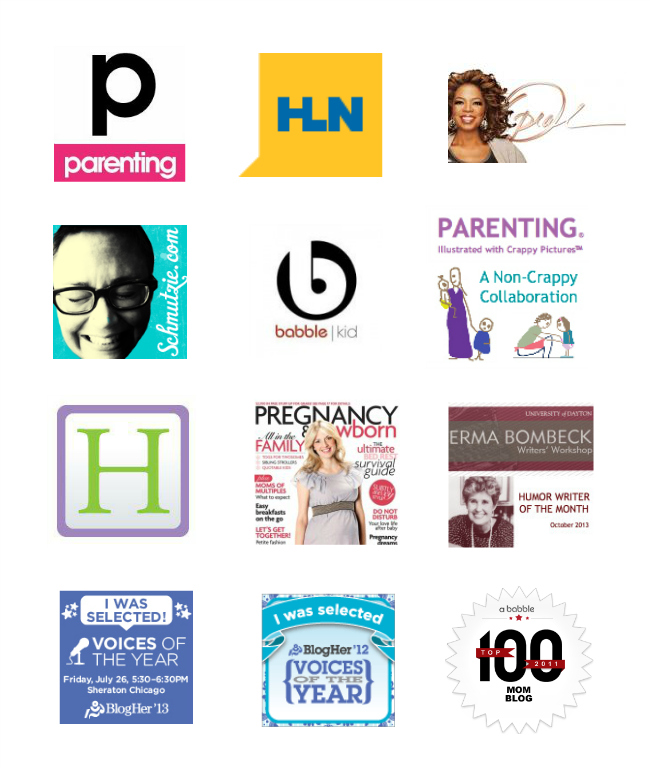 Parenting Magazine, The Truth About Parenting: Blogs Every Parent Should Read, January 2014.

CNN’s HLNtv.com, Best of the Blogs by Jonathan Anker, October 2012

“[Leslie] is funny. Like with a capital ‘F.’ She strikes me as the type of person who could break a beer bottle on the bar and turn it into a weapon. I’m not sure why she’d need to do that. But I think she could do it.” ~ Amber Dusick, Parenting. Illustrated with Crappy Pictures™

“…hilarious and dead-on take about life in the ‘burbs of Atlanta, where she correctly observes that ‘the stay at home moms play to win.’ Call her a mommy-blogger and get your ass kicked.” ~ Life Lessons, Halfway Through

“Okay, @TheBeardedIris can not only make fake poop, she blogs like the wind. Read about her labia: http://bit.ly/lhdfhM” ~ Gene Weingarten, Washington Post Columnist

“The Bearded Iris (aka Leslie Marinelli) is fearless, and she is more than willing to tell you about the time she sprayed her dentist with breast milk or the day her kid discovered his man parts. Read this, and you’ll know you’re not alone.” ~ Parenting Magazine

“I love TheBeardedIris.com because it’s frankly one of the funniest female blogs around.” ~ Gigi Eligoloff, Co-Founder of In The Powder Room, LondonBloggers.Net interview, 5/11/12

“Iris is my own personal Blogger Idol, and her blog is my favorite to read. She takes huge risks with her humor, pushing the envelope in the overshare/gross category until even I cringe a little bit. But she does it with such class that you sort of feel like the Queen of England just farted on your leg. It’s an amazing sensation. One day, when I’m all out of ideas during arts and crafts time, Iris’s Pootorial will save my ass.” ~ Mamamash

“Iris makes me want to be funnier, louder, drunker and oddly…skinny.” ~ Amanda at Kiss My Aster

“I LOVE it when a blogger isn’t afraid to write about the things that most of us think, but probably wouldn’t dare say!” ~ Angela at Anything but Perfect

“Kind of like a female Steve Martin but more sick and demented.” – AJ at The Dead Console Society.

“Absolutely magnificent writing, photography, and love. You are amazing.  I am so thrilled to have a mother like you for my Grandchildren.” ~ Leslie’s Mom

“You’ve made a childless male a fan of a mom blog, so keep on bad mother fuckering.” ~ Adam at SlowDog.com

“Iris, you are like birth control and SNL all wrapped up in one hot little package.” ~ Denise, San Francisco CA

“Look, even I’ve got myself a big old girl-crush on this Other Blogger…  And for the record, I think ‘The Bearded Iris’ rocks. Read her stuff, she’s good—very very naughty, but good.” ~ Not Drowning Mother

“Just wanted to let you know that you have 100% approval rating among my twisted buddies at work! Several of them said, ‘She needs to turn this into a book!'” ~ Holly, Atlanta GA

“Iris, you tell it like it is! And you’re the best birth control I’ve ever tried.” ~ Lisa, Seattle WA

“Thank you for your sense of humor and being a real person.  It’s refreshing to read a blog that isn’t all fairies shitting rainbows and pretty ribbons.” ~ Kristen,  Hooksett NH

Not only that, but I can rock a tankini bottom on my head like nobody’s bidness… 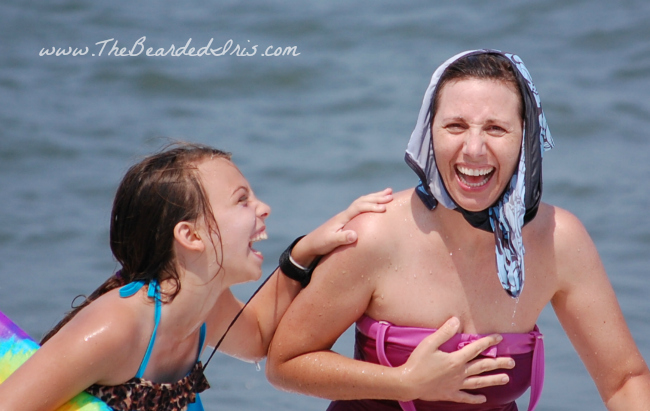