The thing about commenting…

So yesterday was interesting.

I turned off the comment section of my blog for the first time so I could spend the day chilling with my kids instead of responding to what I assumed would be a shitstorm of passionate comments about blogging/ethics/motherhood/mommy wars/lawn mowing safety/Southern women/ and poop.

If you’re just joining us, you can get the gist of it here, and also on my Facebook page.

Long story short, I posted some pictures I thought were really cool and a bunch of my readers (not trolls, mind you, regular readers and even some I would consider friends) had very critical things to say about the parenting choices of the subject in the photos.

I’m not going to lie; it made me feel sad.

In my stunted little mind, it was like the equivalent of a child standing up in class to show everyone the picture she just drew and half the kids saying “That sucks. Ponies aren’t purple, you idiot. Babies die on those kind of ponies. Only a loser would think that was cool.”

Well that’s how it felt.

Granted, I am notorious for my thin-skin. Folks, it is a widely known fact that people who are “funny” (as in ha-ha, not like milk that’s gone bad and smells funny) are pretty fucked up little souls. We are damaged goods and our senses of humor most likely evolved as a coping mechanism to avoid dealing with all the scary feelings. You should really just walk on eggshells when you’re around us and only give us lavish praise instead of any kind of criticism or we might die on the spot. Do you want us to die? Really? Then be nice, bitch.

I used to have a friend, let’s call her Hortense, who constantly criticized my shopping choices. We would go to antique shops in San Francisco and I’d pick up something I thought was interesting and say, “What do you think of this?” Without fail, she would always say “Well, it’s not my taste, but if it works for you, go for it!” all the while making a face like I just farted three-day old oyster stew and wafted it in her general direction.

Maybe because I really did have a flatulence problem.

But looking back on it, I was a needy mofo. I shouldn’t have been seeking her approval for every purchase. I should have just bought that tacky granny square afghan and been like, “Hey Hortense, look what I just bought! I fucking LOVE it!” Who cares what she thinks?! 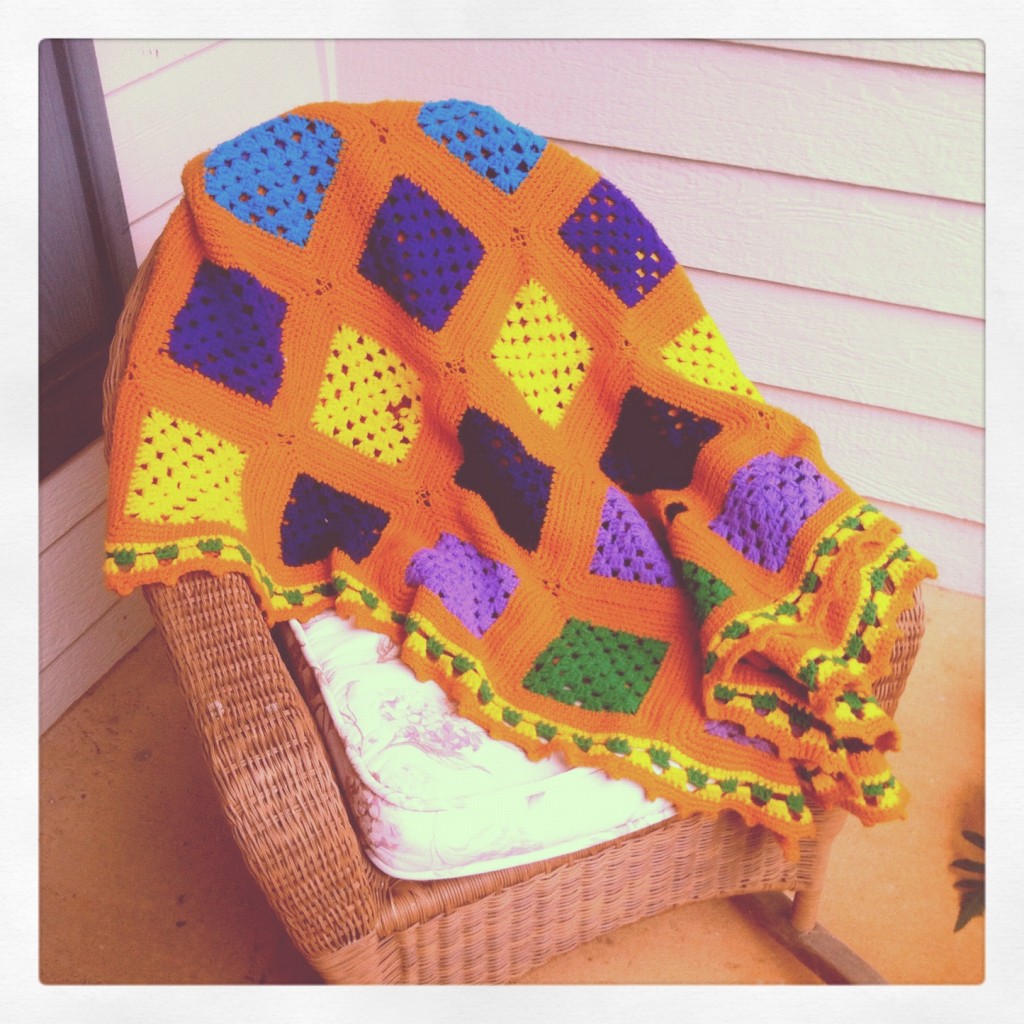 My point is, I am really quite an immature child deep inside and need lots and lots of warm fuzzies to compensate for my low self-esteem. I know it’s a lot to ask, so I’m going to make it easier on you by keeping my comments closed for the rest of the summer.

I didn’t pioneer that move, by the way. I’m piggy backing off another blogger I adore, Pretty All True. She turned her comments off a while ago so she could focus on the writing and never went back. That takes balls. I like that. I want balls like hers. I want the freedom to write from the heart without worrying about who I’m going to offend or whether or not my endorsement is going to contribute to a sharp increase in lawn mower related injuries. I just want to write.

And I think most of you will be okay with that, because you come here to read.

It’s not that I don’t enjoy our witty repartee. I do. I just know that it’s a lot of pressure to comment. In fact, as far as numbers go, only a small percentage of you comment anyway, which tells me that most of you:

b.) are too technologically challenged to comment (“Hal? What am I supposed to put in this URL box thingie?”)

d.) are too intimidated to comment (“Will she think this is funny or offensive? Is it your or you’re? Dammit! Forget it. I’m just not going to say anything.”)

I so totally get it. I read other blogs all the time and don’t comment for one or more of the above reasons. Nothing personal (usually).

So let’s give it a shot. If you really really want to tell me something, you will find a way. I have faith in you.

And my timing is pretty sweet because now you don’t have to congratulate me for just being named one of BlogHer’s 2012 Voices of the Year Honorees in the humor category. You’re welcome.

It’s a very big honor and I am truly grateful for the nod. There were over 1700 submissions and they only chose 20 humor posts. And it was chosen by a committee rather than by the vote-whoring I usually have to do for these things, which makes it even more special to me. So thank you, BlogHer, and my unofficial sponsor, Magic Cream. (This is not a sponsored post. I have never made a dime off that stuff.)