…and I would do it all over again.

Do you believe in love at first sight?

The first time I laid eyes on The Gatekeeper, my heart definitely skipped a beat.

I will never forget that moment as long as I live.

It was a rainy winter day in northern California and he was wearing an Indiana Jones hat when he poked his head into my conference room to relay a message to my instructor. I thought he looked like a cross between Tom Selleck, Don Johnson, and Andre Agassi…in a good way. Hey, it was 1994.

I’d see him around work from time to time. I’d purposefully hang out near his office, reading case files, hoping to run into him. Every time I saw him I’d get all nervous and sweaty. I’d blurt out random things: “Looks like rain!” One time I told him that the name tag on his office mailbox was misspelled (stalker alert!) It read Marinelli and I thought it was supposed to read Martinelli. “Hey, they forgot the T on your mailbox,” I told him in passing one day. “No they didn’t,” he countered. (OMG. Just shoot me!)

One Friday night a couple of months later, we were both invited to a Bon Voyage Party for one of our co-workers. We sat across the table from each other in a noisy bar and made small talk.

I guess I did a good job not scaring him too much because he called me the next morning to ask me on a date. We met for coffee in Berkeley the day after that and have been together ever since.

At one point during our first date, after drinking more coffee than should be humanly possible, I got up to find the ladies’ room and actually tripped over the Sunday brunch jazz band that had been setting up right behind me. I hadn’t even noticed them there; I was that mesmerized by him. 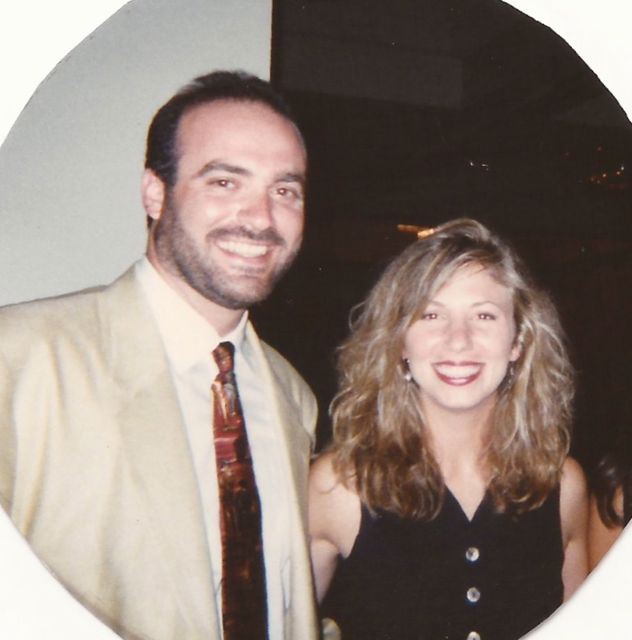 The Gatekeeper and Leslie, on a date…it was a semi-formal company party. Oakland, California, 1995. I’m pretty sure his jacket had shoulder pads.

He proposed to me on Christmas Eve later that year.

Actually, I’ve been told that I squealed yes in a tone that only dogs could hear.

We married each other fifteen years ago today. 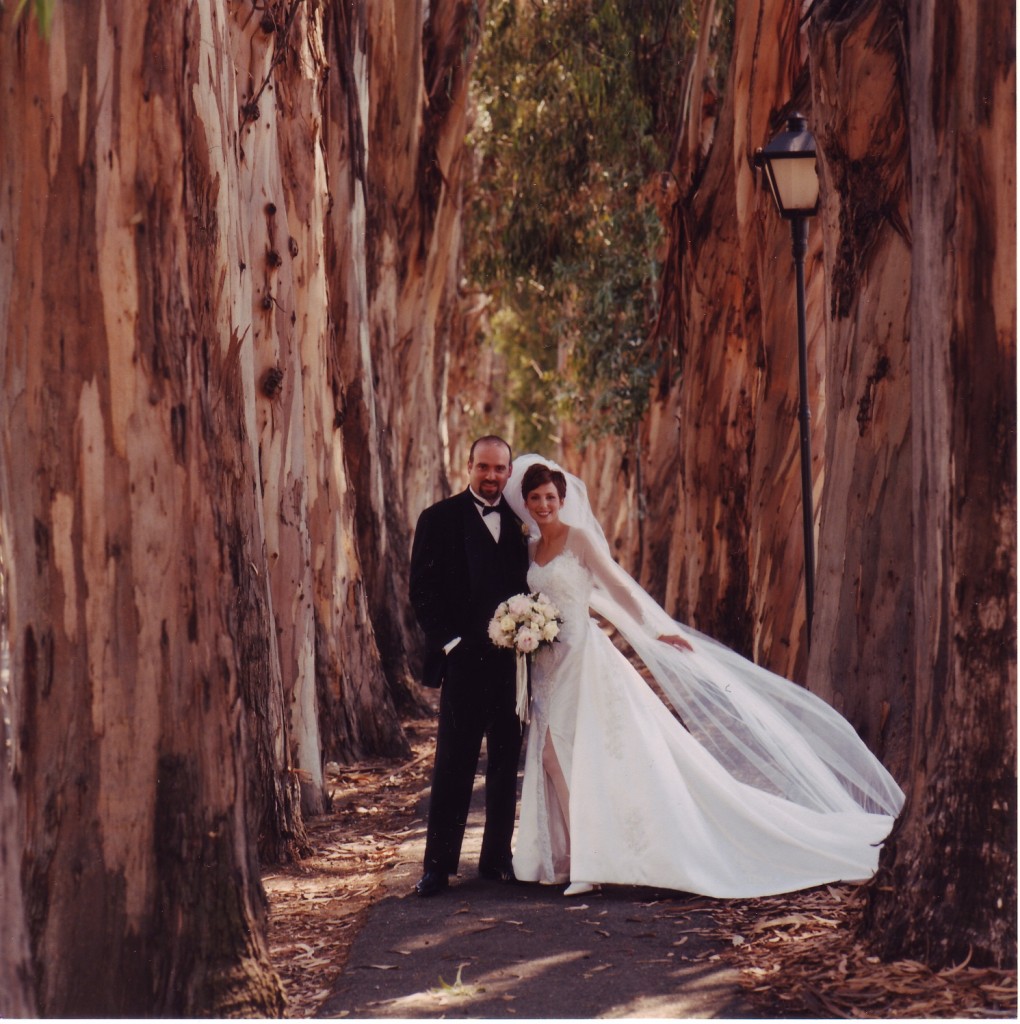 Happy 15th Anniversary to The Gatekeeper of my heart. 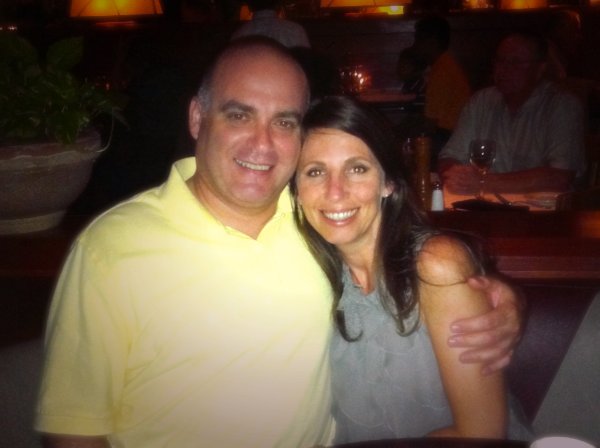 with all my love,
Leslie