Here in Georgia, our kids go back to school ridiculously early.

Never thought I’d say that. But now that it is the last official day of summer for my kids, it feels like it’s all over too soon. We’ve just hit our stride! Was it really 78 days ago that I wrote this? Dang.

So this week I’ve had to attend not one, but two School Open Houses. And being that I’m such a giver, I wanted to share some survival tips with you for when your kids go back to school this fall. You can thank me later.

Let’s start on a positive note, shall we?

Do bathe your child and put them in clean clothes. You never get a second chance to make a first impression and nothing tells a teacher that you don’t give a shit like the “My MeeMaw Loves Me” t-shirt with holes in the pits and the chocolate (or is that blood?) stain on the front.

Do the same for yourself.

Do wear something cute, but tasteful. This is not the time to introduce your child’s teacher to your cleavage or your coin slot.

Do find a babysitter for your other children if possible. It will be so much easier to focus on the task at hand if you are not yelling over the teacher’s shoulder: “BUCKET HEAD! Put. That. Down. So help me God if I have to come over there you will not get one more Skittle today.”

Do have your child make a handmade card for the teacher stating how excited she/he is about being in that teacher’s class. Insert a gift card or some cash. Teachers are totally underpaid for putting up with our spawn all day and studies show that teachers who receive gifts are much more likely to be just a little more patient and kind to your obnoxious little Johnny McFunpants.

Do bring your favorite pen. You are going to be doing a LOT of form filling-out-ering. That’s always more pleasant if you can do it with your own best pen. (Or is that just weird weird me?)

Do remember to bring your checkbook so when you are raped and pillaged by the PTA you don’t have to further humiliate yourself with the same old “Oh shoot, I must have forgotten my checkbook!” line you use every year.

Do bring a copy of your emergency contacts if you don’t already have them programmed into your phone. No matter how many times you give that info, year after year after year, schools seem to take pleasure in asking you to rewrite it, over and over and over.

And now for the No-Nos:

Do NOT experiment with illegally obtained prescription speed the day of the Open House. Do NOT ask me how I know this. I just do. (That was a really bad year.) 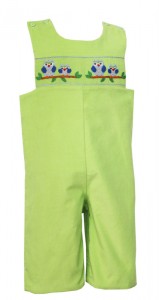 Do NOT dress your boy child in anything smocked or embroidered. This is not an Easter Parade. If your boy child shows up at Open House in a sailor suit, anything seersucker, or anything considered a “jumper,” the teacher will (correctly) assume you are an asshole and your mama’s boy will be gang raped on the playground.

Do NOT over-dress yourself either. Even if your divorce was just finalized and your ex is a turd-burglar, Open House is not the time to troll for fresh meat. Focus, people. We’re here for the kids.

Do NOT be the first one to arrive. Open House is like a cocktail party without the cocktails (ahem, that means you, Brenda. Leave the flask at home next time.) Ever notice how the first people to show up at the party are usually the wet blankets of the night? Just sayin.’

Do NOT be the last one to arrive or you will be stuck with the “Herman Miller chair” on the teacher’s wish list or the worst class volunteer job like Hospitality Mom or Box Tops Redemption Mom.

Do NOT say anything negative about any previous teachers. Der.

Do NOT say anything negative about your child. Double der.

Do NOT say anything negative about the crappy Open House process, the crowded parking lot, the extreme heat, the blood-thirsty PTA, or the never-ending school supply list.

You know what, just keep your MF-ing trap shut, period. Just smile, give a firm hand shake, fill out the forms, and get the hell out of there as fast as you can. 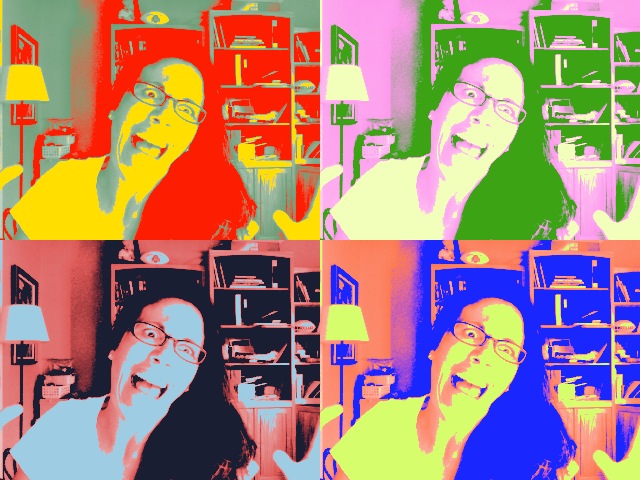 Suck it up. Someday you’ll be under a hideous afghan, waiting by the phone for your Great Grandchildren to call, and wishing you had enjoyed being a parent more while you were in the trenches. At least that’s what those annoying old folks at the home keep telling me. Whatever. Where’s my flask?

The Sins of the Mother

Oh Lordy. The results are in for the first Principal Pal awards of the school year. And I just have one question: who do I have to bang to get a Principal Pal magnet on my car?

I’ll do it. Just point me in the direction of the person or committee or farm animal who decides this thing and it shall be done. And I’m pretty sure my husband will support me on this, if for no other reason than to get me to stop whining about it.

Honestly people. I swear, I may be driving the only mini van in my neighborhood without one or more of these hideous magnets plastered to the side of it celebrating my children’s excellence. Oh, the shame! Clearly, my kids and I totally suck.

For real, yo. Neither of my school age kids have ever, EVER gotten one of these awards and it is totally burning my biscuits.

My neighbor Tammy’s little boy wins one of these God damned awards EVERY FREAKING YEAR like clockwork. And you know what she says every month when I call her in tears to say that once more, I am destined to wander this lonely planet without a Principal Pal magnet on my car? She says, “Oh honey… you want one of mine?” I swear. And she is my best friend. Imagine what people who don’t like me say. Besides, if I just wanted the magnet, I would have stolen one (or four) of Tammy’s by now. That’s not the point.

The point is… I want what every parent wants. I want my kids to be excellent at something and for them (and me) to be recognized in a very public way for it. Is that so wrong? Oh, a full night of sleep and the ability to poop in private every once in a while wouldn’t hurt either, but let’s focus here.

Look, I totally get why my first grade wild child “Klepto” hasn’t ever received this award. She is a force of nature and not easily tolerated by those with weaker constitutions. In fact, for the second year in a row, Klepto has been assigned to a teacher who has recently been named “Teacher of the Year” at our school. This is no coincidence, people. But poor Klepto, she has no idea. She thinks she is just the most randomly lucky kid ever. Kinda cute, actually. Shhh…. nobody tell her, OK?

But Nature Boy? My 4th grade, first born? The kid is a saint. Seriously. Ask anyone. He is truly the kindest, gentlest, most empathetic person I’ve ever known, regardless of age. I have no earthly idea how this child could possibly attend this school since first grade and have never won this award even once. I’ll do the math for you. Three full years, with approximately 10 months of school in a year, plus one month so far this year… that is 31 times he has NOT been chosen. THIRTY ONE TIMES. The poor kid! But really, HIS POOR MAMA!!!

Look at it this way, if every class he’s been in so far had about 20 kids, and there are 10 awards given per class each year, that means he has had a 50% chance to win it sometime each year. Three years running now.

AND IT IS KILLING ME.

Here’s a snippet of the email his teacher sent out today:

Congratulations to Amanda B. for her selection this year’s first Principal Pal! With such a great group, narrowing the choice down to one classmate is not easy! However, due to Ms. Amanda’s

consistent hard work, good citizenship, and generous nature, her peers were very happy to recognize her accomplishments. We’re proud of you, Amanda!

I’m not proud of you Amanda. I’m jealous and bitter. I mean, what does Amanda have that my Nature Boy doesn’t?

Does Amanda’s mom volunteer more than I do? Probably.

Does Amanda’s family donate more money to the PTA? Most definitely.

Last week when the PTA newsletter contained an obscene typo indicating that children and parents should “Service one another,” (it was supposed to say “Serve one another”… BIG difference!) did Amanda’s mom slam the PTA and notify everyone in the free world about it with her Tweets and Facebook updates like I did? No. Probably not.

Oh dear. It’s my fault, isn’t it. I’m the reason my children suffer.

Have mercy on them, PTA. Judge not the child for the sins of the mother.

So, instead of continuing to torture myself, it looks like the best course of action for me is to just accept the things I cannot change. Gee, that sounds familiar… where have I heard that before?

And speaking of higher powers… you know who else never got chosen for Principal Pal?

So at least there’s that. Although, in his case, it probably wasn’t because of his crazy mother.

In closing, please pray for my children; they clearly need all the help they can get. And if you happen to have an “in” with the principal of their school, do me a favor and put in a good word for Nature Boy before I get arrested for petty burglary or lewd conduct… again.